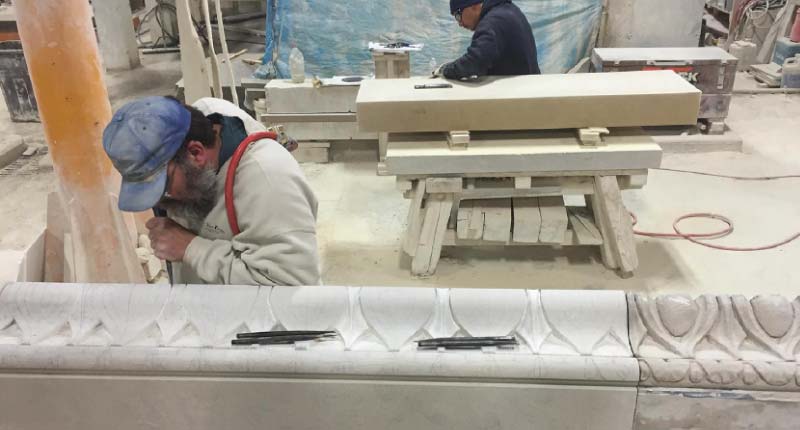 An earlier version of this article originally appeared in Building Stone Magazine.

The London Guarantee Building, a designated Chicago Landmark, is considered one of the city’s finest examples of the Beaux Arts Classical Revival style. Located at the corner of North Michigan Avenue and Wacker Drive, the building became one of Chicago’s most visible and prominent pieces of real estate when it was built in 1923. For nearly a century, the structure provided prime office space for several Chicago businesses.

After 91 years of operating as an office building, the building was converted as part of an adaptive reuse program. The project began in 2014 and was completed in late 2016, creating the LondonHouse Chicago Hotel. 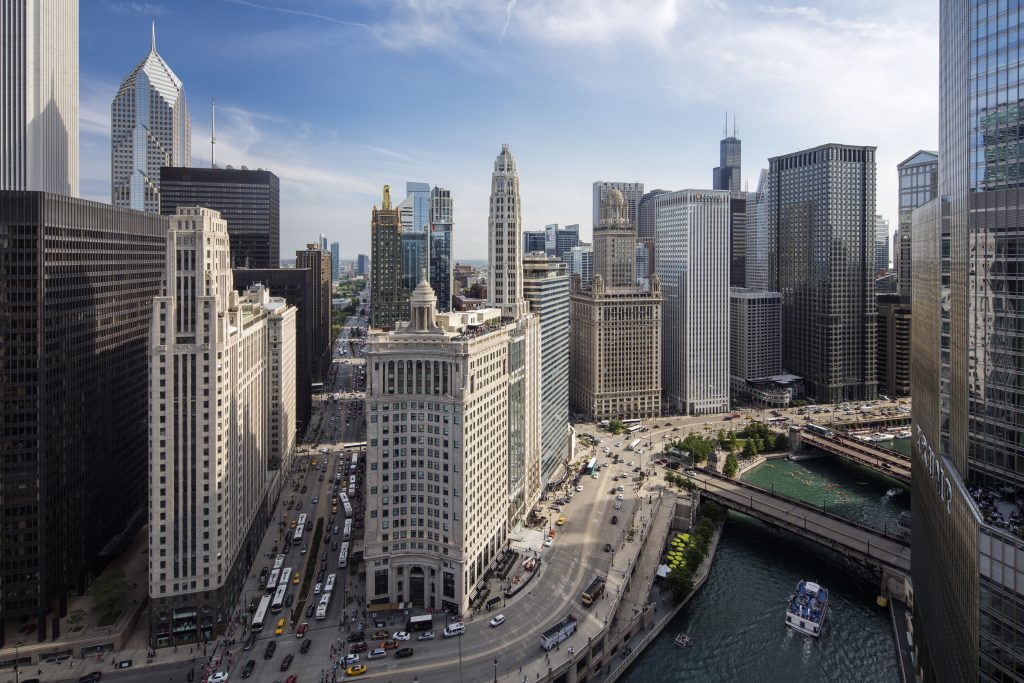 The facades of the building are primarily clad in standard buff Indiana limestone, accented with decorative terracotta coursing at the 17th, 18th, and 21st floors. Large carved limestone colonnades, balustrades, urns, vases, and griffins provide unique enrichments throughout the facades. The building is capped with a prominent 70-foot limestone and terracotta cupola overlooking Michigan Avenue, a distinctive feature that makes it easily identifiable in a sea of similar buildings.

Given the significant extent of limestone spalling and deterioration present throughout the exterior facades, a comprehensive rehabilitation program was prepared to revitalize the neglected cladding, focusing on restoring the limestone as closely as possible to its original beauty and appearance, according to Mike Naponelli, senior associate at Klein & Hoffman (K&H) in Chicago. 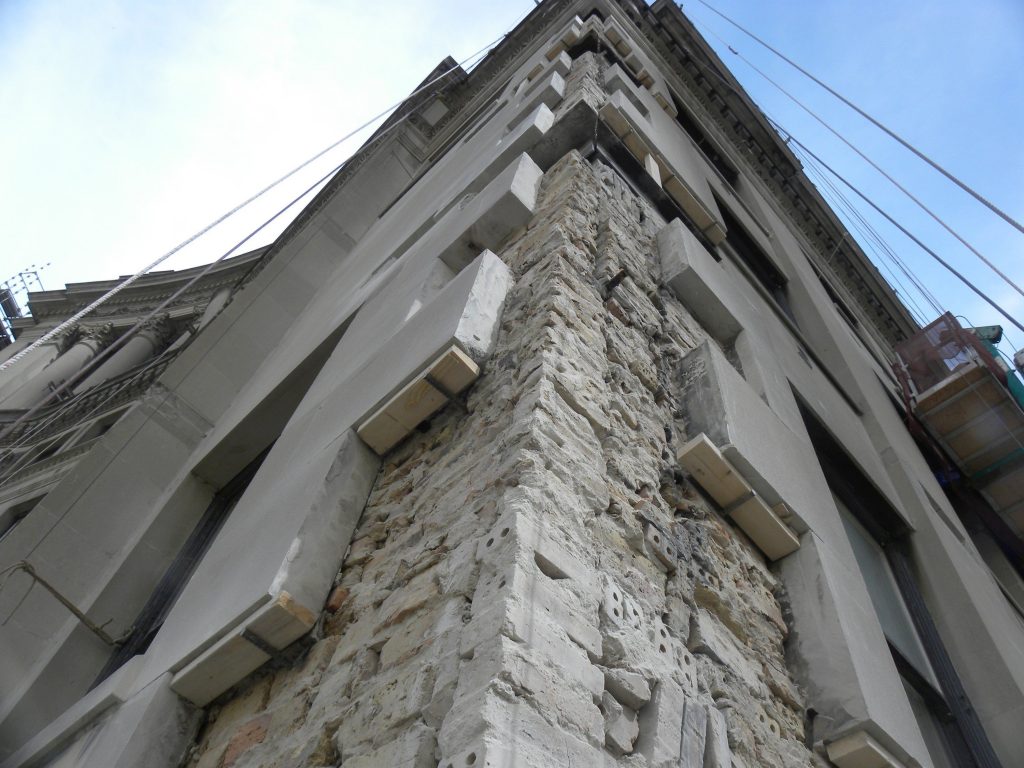 “Prior to preparing repair documents, K&H performed a condition assessment covering nearly 100% of the facades in an effort to develop the scope and extent of repair work,” Naponelli said. “K&H worked closely with building ownership to ensure the program we developed adhered to both their vision and budget for the building. The repair program focused on addressing deteriorated stones in a manner which would allow the repairs to blend with the original stone coursing, texturing, and color.

“The team [of five people, consisting of architects, engineers, and inspectors] achieved this through a rigorous stone matching and preparation process,” he explained. “Each replacement stone was lightly water-blasted in-situ to provide texture and color to closely match the existing 90-year-old stones.”

Approximately 400 tons—5,000 cubic feet—of Indiana limestone were supplied by Galloy & Van Etten, Inc. in Chicago to fabricate the replacement pieces. Over 1,200 limestone units of varying sizes were replaced throughout the facades. 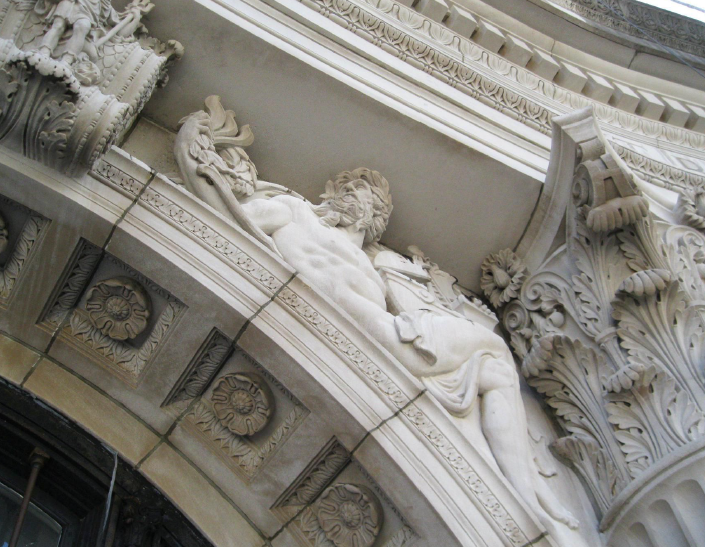 The team at Galloy & Van Etten, Inc. utilized a BM multi-blade gang saw to slab the blocks, planers for the profiled pieces and an Infinity CNC machine from Park Industries for the radial work. Park Industries’ Jaguar Pro 3000, as well as saws from Tysaman and Sawing Systems, were also used for cutting the stone.

“All stone was either planer-or sand finished, then water-blasted to give it a weathered finish to match the existing stone,” said Tom Van Etten, owner of Galloy & Van Etten, Inc.

To add to the building’s green design and avoid unnecessary repairs, existing limestone from the building was salvaged and reused as much as possible. “Defects from large stones would be cut out and the remaining stone would be used elsewhere on the building as replacement stones or Dutchman piece-ins,” Naponelli said.

“Mock-ups were not needed, as we used the existing damaged stone as templates to fabricate the new pieces,” Van Etten added.

Matching all of the existing profiles and carving was a difficult process, which required great attention to detail. “In some cases, the stone was so deteriorated that we had to recreate the existing pieces before we could fabricate the new pieces,” Van Etten explained. “The most difficult part of the job was matching the large Dutchmen for the fluted columns and carved capitals at the front entrance. We’re quite proud of the fact that you cannot differentiate the new stone from the existing.” 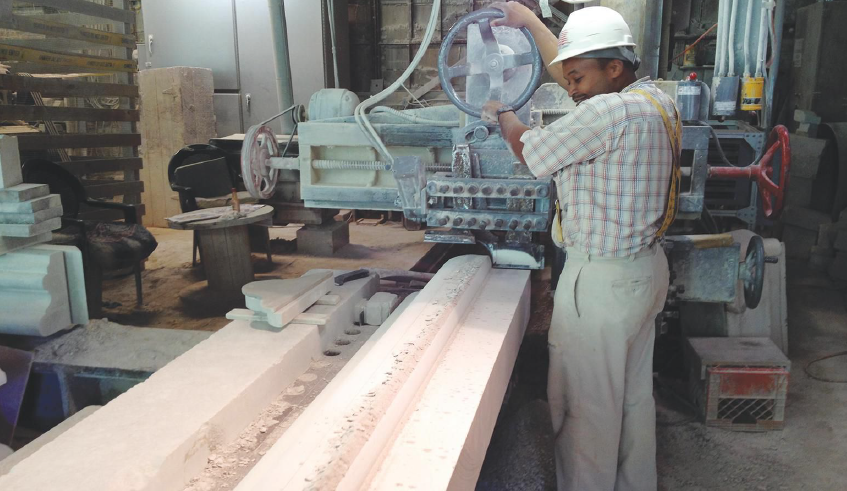 In stone masonry, Dutchmen are stone insets selectively replacing only the fault in stone with new or reused stone material. The Corinthian column capitals at the building’s main entrance were damaged and missing large sections of the acanthus leaves and scrolls, as Van Etten mentions, so ornate Dutchmen were installed and final detailing was hand-carved in-situ to allow for the capitals’ elegant details to be matched precisely.

During the installation, accessing and maneuvering the several-thousand-pound replacement and reset stone pieces more than 20 stories above grading provide to be especially challenging, according to Naponelli and Don Seefeldt, senior executive vice president at Mark 1 Restoration Company in Dolton, IL, which completed the exterior installation.

“Ten limestone urns were reset across the rooftop parapet,” Naponelli said. “Each urn weighed approximately 4,000 pounds and required a crane to lift the decorative features. The urns had been removed 15 years prior because of significant outward displacement and concern that they may fall 21 stories to the sidewalks below.”

Most of the work was performed from swing-stage scaffolds. However, the degree of façade repair at the upper floors was so extensive that pipe scaffolding was erected from platforms cantilevered out as a putlog system for the 18th floor windows, allowing for the repairs to be performed. At these locations, entire cornices and belt courses were removed and rebuilt. 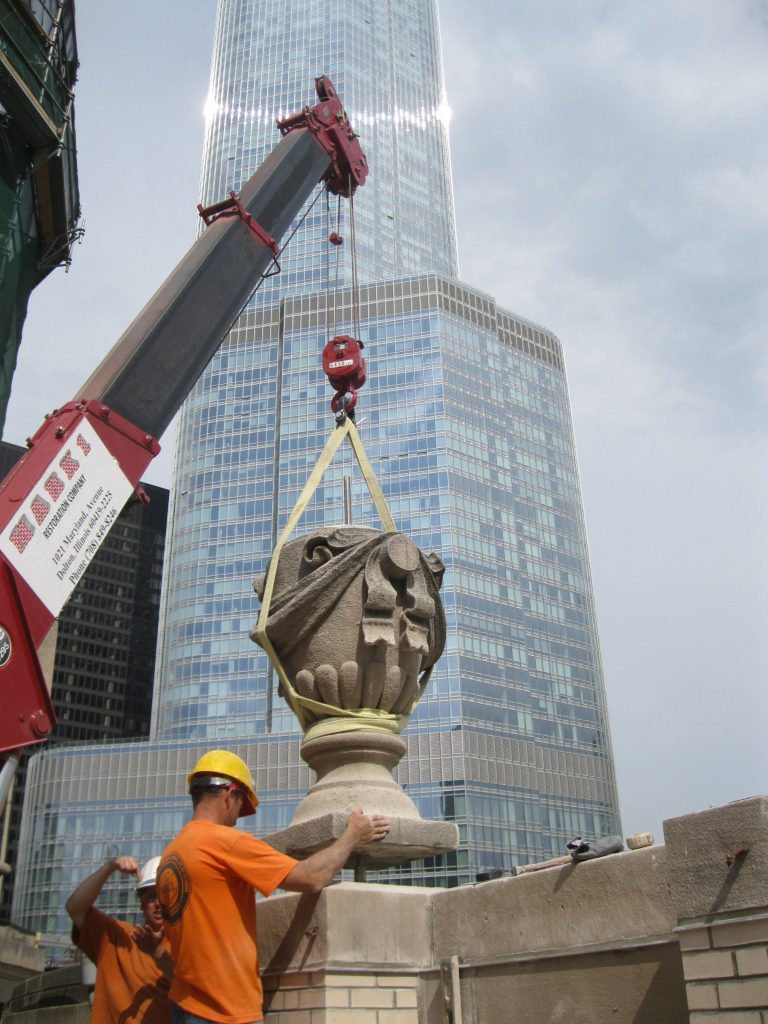 “The location of some of these stones presented a challenge in that cranes and hoists had to be used, and pipe scaffolding had to be erected on platforms in order to allow the work to be done safely,” Seefeldt explained. “In addition, the very busy intersection of Wacker Drive and Michigan Avenue was also a significant challenge to ensure safety to pedestrians and traffic below.”

A crew of around 40 people from Mark 1 Restoration Company was required to complete the installation. From assessment through installation, the project took around two years to complete and has since received many awards, including a 2019 Natural Stone Institute Pinnacle Award in the Renovation/Restoration category.

“It was a great pleasure to work on such an iconic building in Chicago and to help restore it to its original grandeur,” Naponelli said. “The project would not have been a great success without the incredible talent from the repair contractor and the stone supplier.” 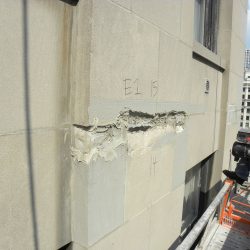 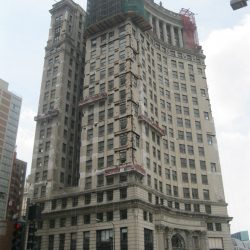 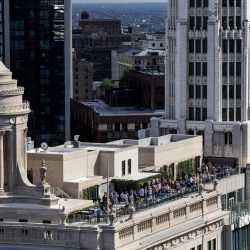 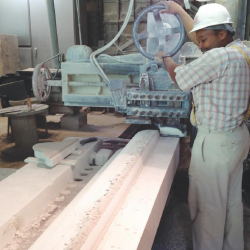 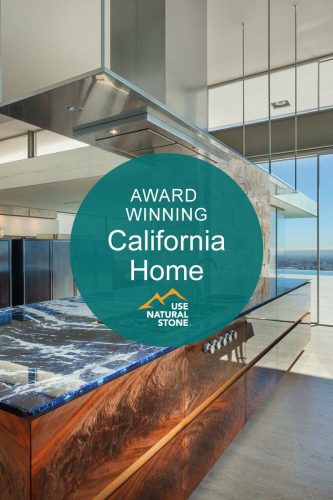 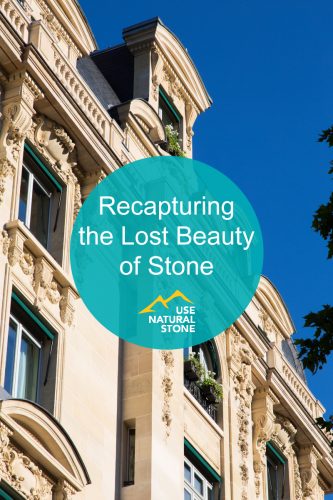 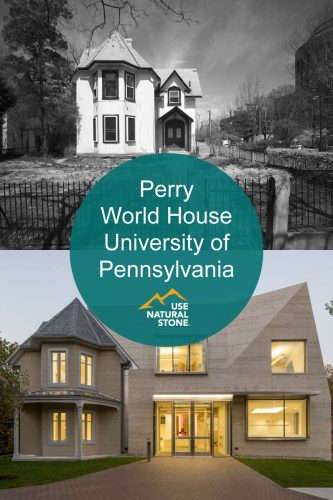