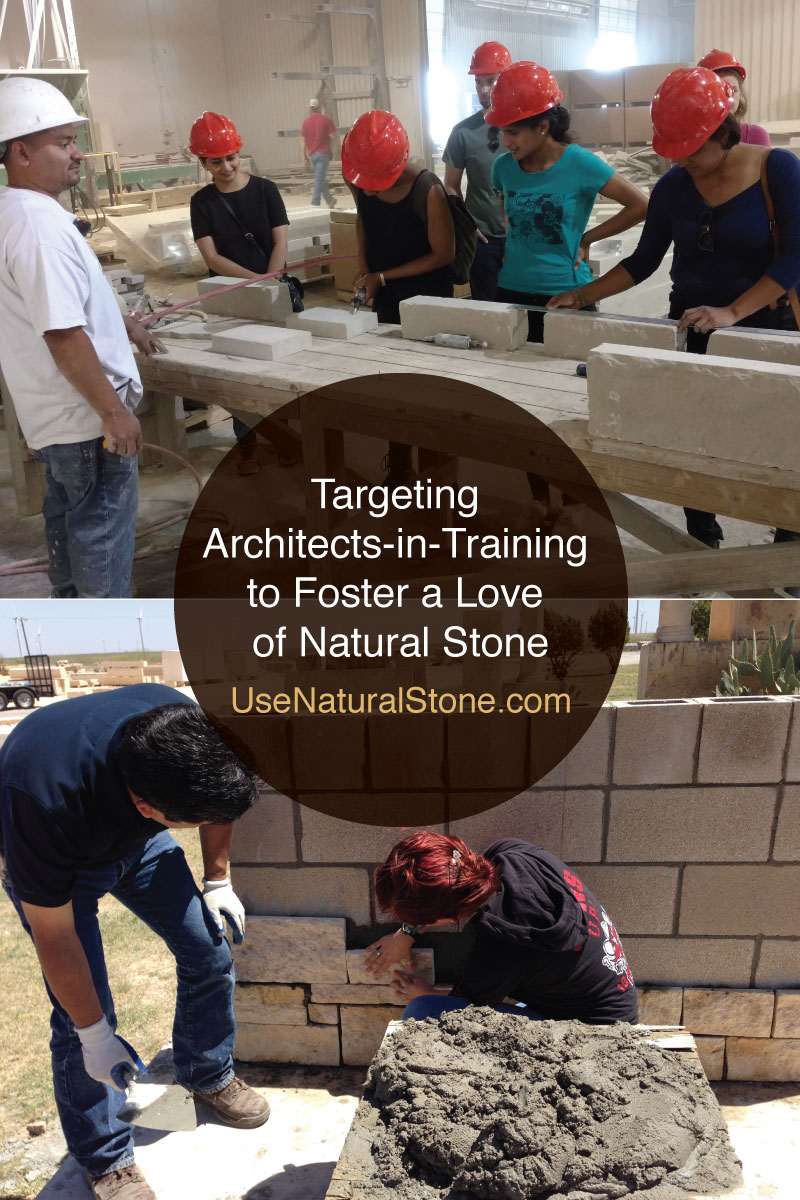 Targeting Architects-in-Training to Foster a Love of Natural Stone 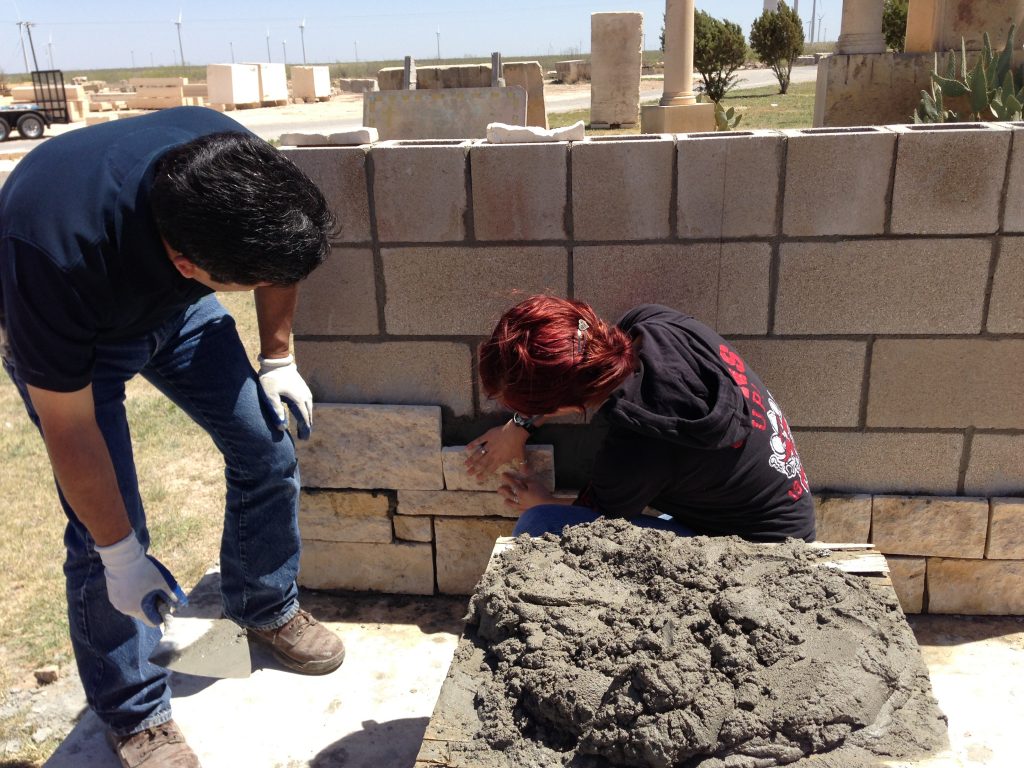 A light industrial area of downtown Topeka, close to the Kansas state capitol building and abutting the riverfront, was targeted for a new minor league baseball stadium. There were 22 different proposals for the stadium, all designed by fourth-year architectural students in a long-running collaboration between Kansas State University and U.S. Stone Industries in Manhattan, KS.

It was never intended to be built.

U.S. Stone Industries launched the program in the 1980s, and while it’s morphed several times over the years the goal has remained the 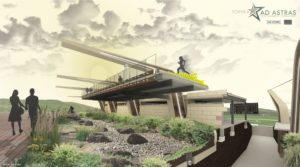 same: expose students to natural stone. “It’s educational but it’s also about marketing as well,” said Alan Harshbarger, the company’s architectural sales manager. “Hopefully we become part of their network once they launch their careers, so if they have a question about stone or require stone for a project they have somebody they can call in their network who can help them out.”

The eight-week program involves much more than lectures and PowerPoint presentations. The students visit the quarry, tour the fabrication facilities and get hands-on with the stone. “We set up an area of the plant with all kinds of stone where the students can 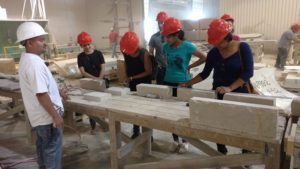 actually use hammers and chisels and grinders and work on the stone to get a sense of its size and weight. We have found it’s a really good way to engage with young people,” Harshbarger said.

Todd Gabbard, associate head of the university’s Architecture, Planning & Design department, has run the accelerated summer program the last four years. “The notion that students are actually talking to product manufacturers and, in this case, seeing how stone gets turned into material for a building—that’s the real value,” he said.

In addition to opening up facilities to the students, U.S. Stone Industries offers scholarships for the winning designs in an amount “enough to get their attention,” Harshbarger said. Last year, two students tied for first place based, among other factors, on overall design, the best use of the Kansas stone and how well it worked into the design. First-place winners were awarded $700 each. A third student earned an honorable mention and received a $300 scholarship. 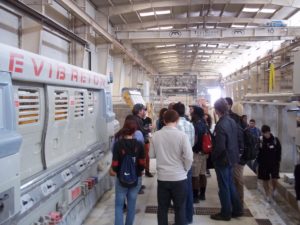 Andrew Lindsey, a senior from Kansas State University, was one of the two winners. He named his proposed stadium Ad Astras Field, Latin for “to the stars.” Lindsey’s design used limestone for the façade as well as for pavers in what he described as an urban pathway that started from the capitol building, ascended as it neared the stadium and then wrapped around the building to provide panoramic views down onto the ball field. In his years of architectural studies, it was the first time he toured a facility related to a project he was working on. “It was a unique opportunity and I’m grateful I got to do that before I graduated,” Lindsey said. “It still sticks with me the importance of using natural material to celebrate what’s in the earth.”

Through professors at Kansas State, U.S. Stone Industries rolled out a similar program ten years ago at Oklahoma State University in

Stillwater, about a 3 ½ hour drive away. “They’re almost mirror images of one another. They both have very good architectural programs and it’s been very successful,” Harshbarger said.

Harshbarger also has benefited from the connection on a personal level. “I learn something every time. It keeps me engaged. I walk around with a renewed energy and appreciation for what these students are doing and what they will do once they get out into the industry.”

It’s not unusual for companies to get behind designer education. Engaging students by introducing them to the product and the process helps foster what will hopefully turn out to be a life-long appreciation of natural stone. 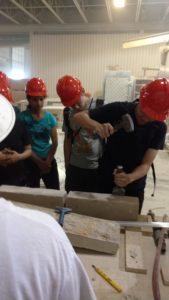 TexaStone Quarries, in Garden City, TX, invited more than 20 architectural students from Texas Tech University in Lubbock as well as members of the West Texas Chapter of AIA to participate in what was dubbed Stone Extravaganza. The group toured the fabrication and quarrying facilities, witnessed demonstrations on stone care and got to install veneer on a makeshift wall, among other activities. “We wanted them to participate and get hands-on as much as possible to get a feel for the stone,” said Brenda Edwards, owner and general manager of TexaStone Quarries. It was also a chance for students to engage with working architects.

“We believe you can’t wait until you’ve got architects in your office. You have to reach them before they actually get into workforce, and the best places to reach them is going to be in the colleges and universities,” she said.

“Most universities don’t introduce natural stone to their students so it was rewarding to see them so engaged and so interested in what we do and how we do it. Stone is a natural product,” said Edwards. “And they were in awe of it all.”