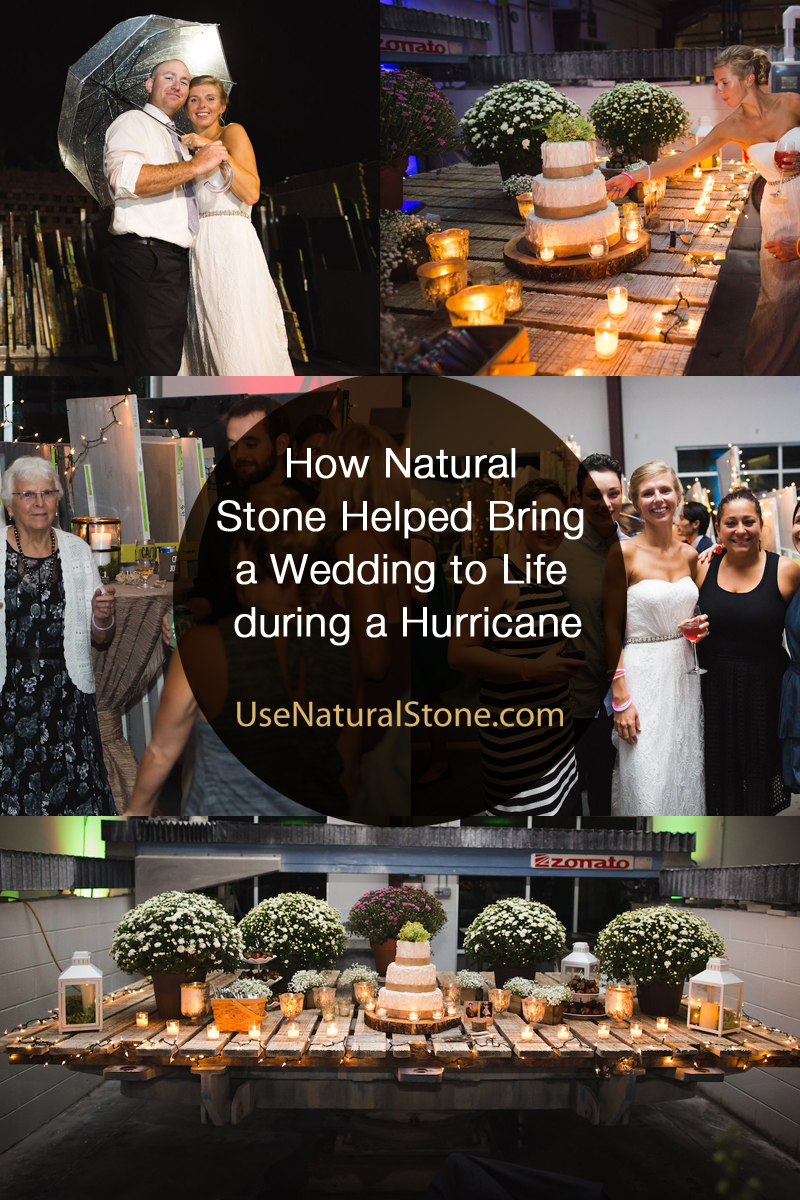 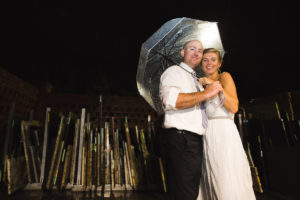 Mother Nature has a strange way of uniting communities sometimes. When Hurricane Matthew cut off power across Raleigh, North Carolina, Jordan Luongo wasn’t sure how her wedding guests were going to make it to her wedding reception on October 8.

Up until the morning of their wedding, Luongo was convinced they’d still be able to host the wedding in her parent’s backyard. Reality hit when her mother walked her to the backyard and she noticed a river running through the grass in the tent area. Then they lost power inside their home.

“Roads were getting shutting down,” Luongo remembers. As she was getting her hair done, lights were flickering. She had her make-up done in the dark. At that point, she realized, her wedding day was “a big maybe.” 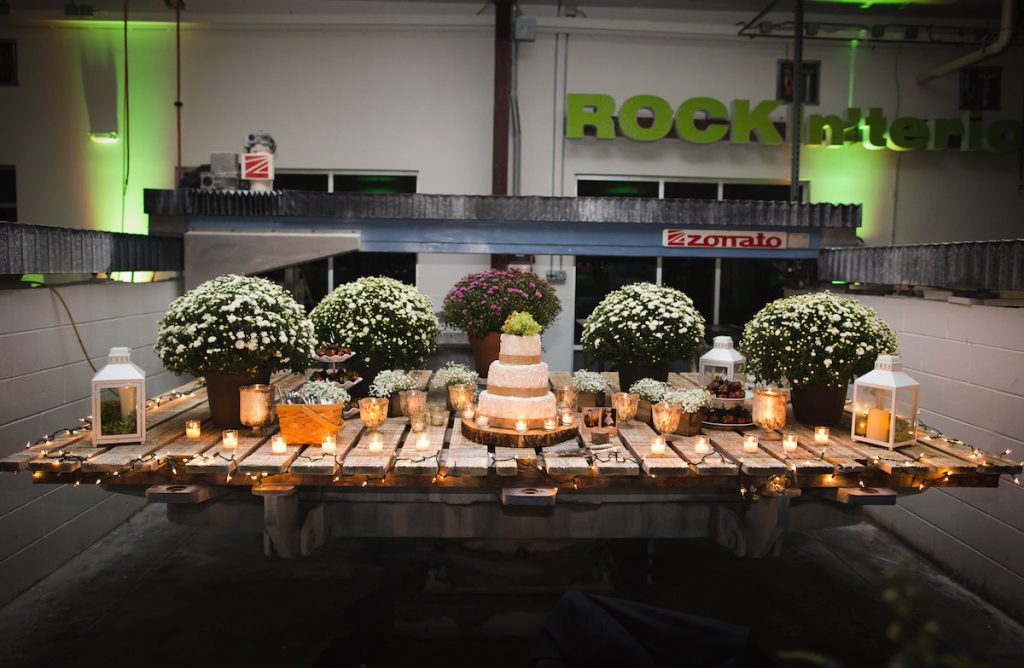 Her mother called her friend, Laura Grandlienard, founder of ROCKin’teriors, to ask if she had any recommendations for a reception space since nothing was open or available. Grandlienard offered her design studio and fabrication shop, one of the greenest stone fabrication shops in the region with a 7,000 square foot facility complete with natural stone slabs as the backdrop. While she’d never hosted a wedding reception in her space, she knew her space could handle it, having hosted her grand opening eight years earlier and various events through the years. 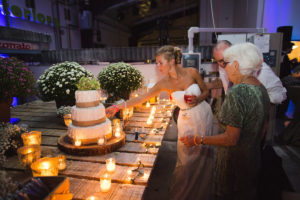 Six hours later, ROCKin’teriors would be transformed with the help of Luongo’s family and guests, their wedding planner, the caterer, DJ, and ROCKin’teriors staff who came in to lend a helping hand.

“In the rain, we moved slabs and made it into a walkway,” Grandlienard fondly recalls. The cutting table, decorated with mums and lanterns, became a showpiece as it held the wedding cake. Candles throughout the space lent a romantic atmosphere as it bounced off the natural stone. Slabs of quartzite became the serving tables.

Luongo planned on having a rustic themed wedding and while she was disappointed that her outdoor wedding venue had to change, she doesn’t have any regrets about having her reception at ROCKint’eriors. 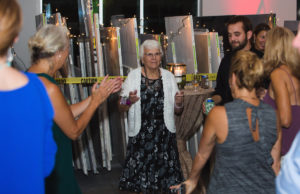 “It was natural and beautiful, in a rough kind of way,” Luongo says. She loved how the stone slabs glittered from the candles throughout the space. Her wedding pictures, with stone surrounding them and their guests, are “really cool.”

Grandlienard doesn’t have any immediate plans to open her space as a wedding site, but being a valued member of the community is very much part of her business’s DNA. It’s also paying off. A few weeks after the wedding, one of the wedding guests returned. She told Grandlienard that throughout the evening she’d been in awe of how beautiful the space was and she kept staring at a particular stone. She couldn’t get it out of her mind so she returned to ask if she and her team could help her with her basement kitchen. 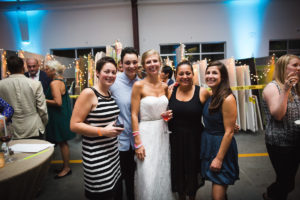 That’s the kind of power and appeal natural stone has on people, Grandlienard says, and why community is very much part of her business. “It’s not just tending to the needs at hand, but also [opening the doors to] folks who might not have come in on their own and get inspired by power of Mother Nature,” she adds.

She’d once heard someone say one of the best designers is Mother Nature. That’s certainly apropos given the beauty of natural stone. In this case, it took on another layer of importance since the power of Mother Nature is undeniable.