Meet Macaubas: Harder Than Marble but Just as Gorgeous 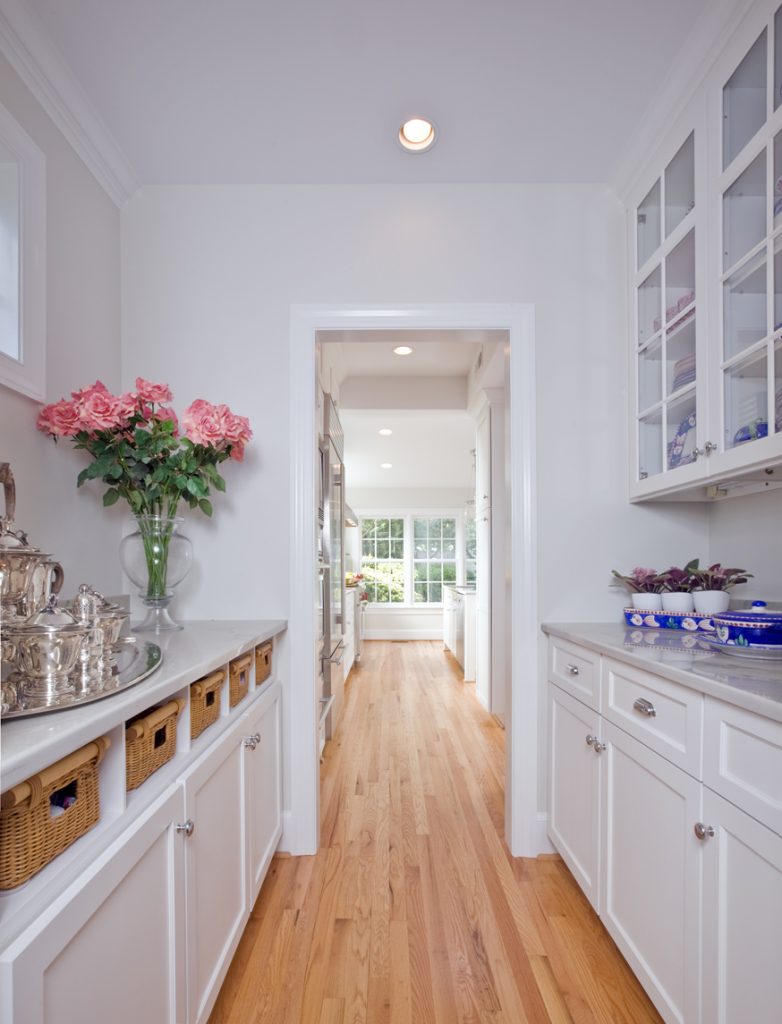 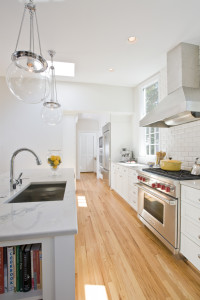 When Alan and Linda Dallas Reider, an empty-nester couple in Chevy Chase, Maryland, decided to take on a long overdue kitchen renovation project, they got a lot of free advice about what kind of natural stone to use for their countertops. “I definitely wanted marble and my realtor said that we had to use marble for resale purposes,” says Linda Dallas Reider, “but when I did the research a lot of people said that marble was susceptible to scratches.”

The tough countertop decision was just a single element in a renovation project with clear goals. The Reiders hired Bruce Wentworth, president of Wentworth Studio, in Chevy Chase, to help them correct some existing design flaws in the kitchen. “The client’s goal was to get the kitchen linked better with the family room,” says Wentworth, “so we reconfigured some spaces to make it work.”

Reconfiguring the spaces meant making better use of a butler’s pantry that leads to the dining room. A misplaced kitchen island was changed out for a functional gathering spot, complete with a sink, dishwasher, and casual counter-height dining. Listening to his client’s desires and concerns also sent Wentworth on a quest for just the right stone. 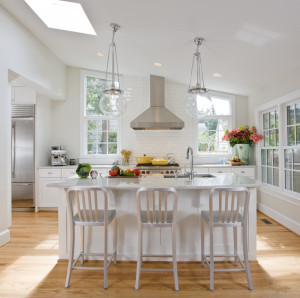 “The client wanted a white kitchen and a light colored stone,” says Wentworth. “She was very attracted to Carrara marble, but wanted better durability. First we suggested Danby marble from Vermont, but in the end we found a white Macaubas quartzite, which she felt was perfect.”

Quartzite is sometimes mistaken for granite and is comparable in price with marble. It’s not considered a rare stone and is readily available in the marketplace. Quartzite is rated as harder than marble and can work with a variety of different styles of decor. According to Sam Kim, Vice President, Product—National of M S International in Orange, California: “People love the clean white background and the simple veining which makes it popular, especially in modern design schemes.”

Whether it’s used in modern or more traditional applications, quartzite starts off as quartz-based sandstone, but heat and pressure toughen it up. “Marble is rated four out of ten for hardness on the Mohs scale; granite is a six and quartzite is a seven,” says Kim.

The stone is so tough that crushed quartzite is used as railway ballast – which is what the tracks are laid on. Quartzite is quarried in Norway, Brazil, Pennsylvania, and the western United States, but the Reiders didn’t have to go that far to get a better look at one of the world’s hardest natural stones. 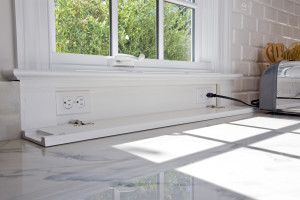 The design team piled into the car for a drive to a warehouse in Frederick, Maryland, about forty minutes northwest of DC, to find just the right slab.  The Reiders settled on Macaubas quartzite for the kitchen countertops, the butler’s pantry, and the island.

“We picked which pieces would go where based on the veining and the color of the stone,” says Reider. Wentworth always recommends field trips to find the perfect fit. The right selection for the Reiders meant getting acquainted with the rock solid qualities of quartzite. “Everybody I talked to said lemon juice would etch marble and wine bottles would leave rings,” Reider says, “but the quartzite has none of those issues. We love it.”

Thinking about the future of your home is also a good reason to go with something fairly neutral, tasteful, and functional. Wentworth says: “She was eager to have a white kitchen – with a more updated look. They are rather traditional design style people and they thought this would work well for them in the time they remain in the house and for the time they decide to sell and downsize.”

If you’re trying to pick a durable natural stone countertop and want white, there are many options to choose from. Following the decision process while including the descriptors, “white,” “durable,” and “luxurious” takes you to one destination: quartzite.