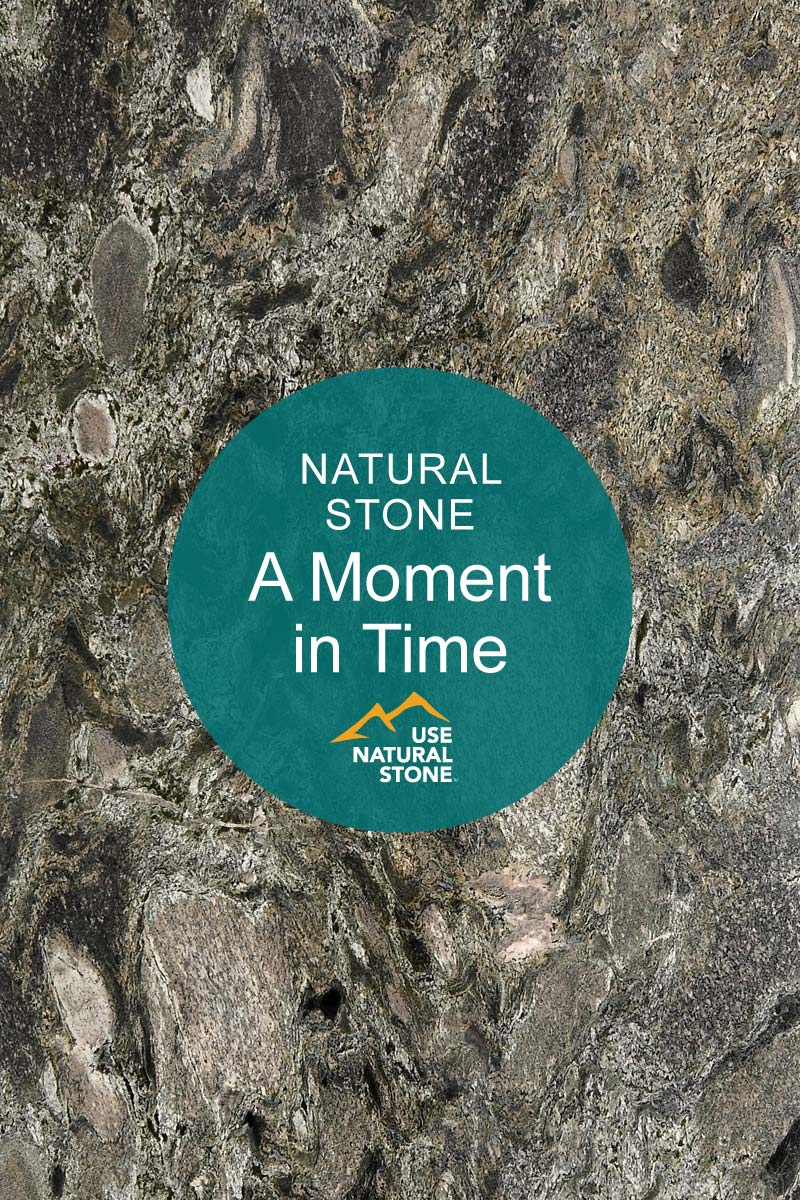 A Moment in Time: Telling the Stories in Natural Stone 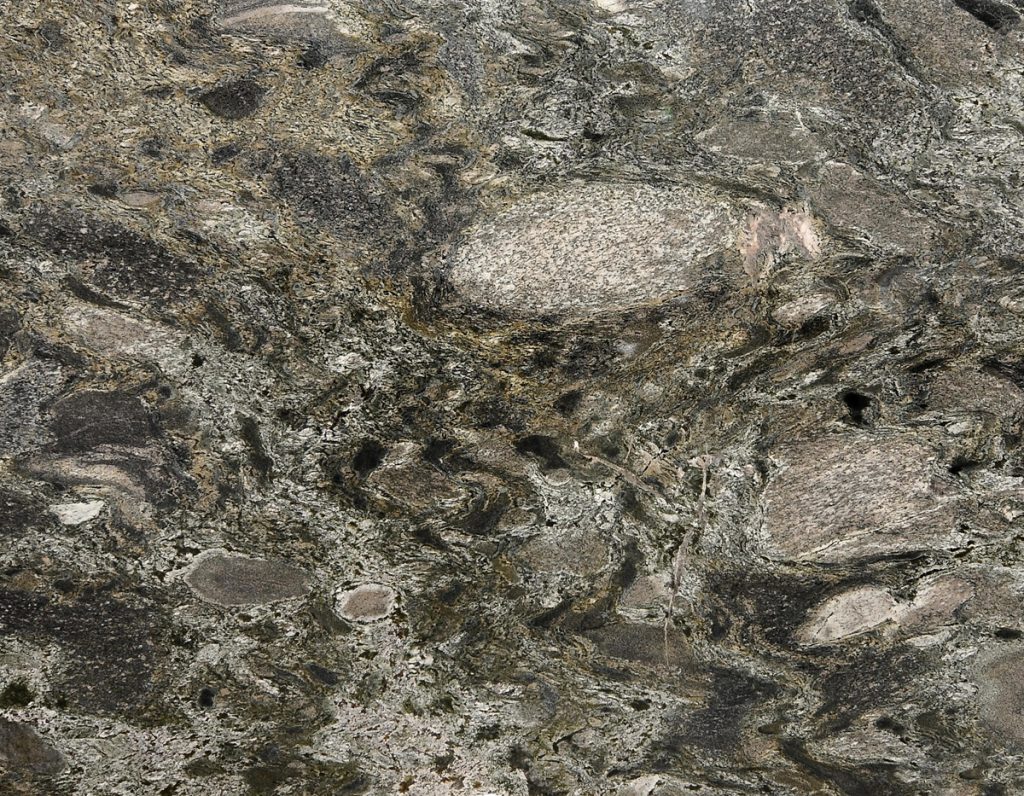 A Tour Through Geologic Time | Learn About Natural Stone

Natural stone isn’t just beautiful and durable; it’s a monument to Earth’s past. Every piece of natural stone is a product of a certain event, time, and location. Rocks can form deep underground or right on Earth’s surface. They can accumulate over millennia or they can be formed in a single day. Events that shape rocks can be placid or violent. Geologists study rocks and interpret the environment that created them. In doing so, we can stitch together the events that make up the long and dynamic history of our planet.

One of the exciting things about using natural stone is that you get to bring a unique a part of geologic time right into your home. Understanding what took place millions of years ago can bring even greater appreciation for the natural stone you select.

Let’s look at a few examples of natural stone and take a quick tour through geologic time. 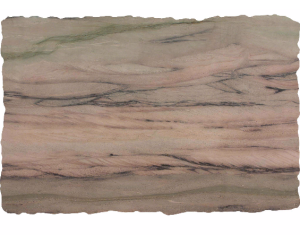 Wild Sea is sometimes classified as granite, but it’s actually a sedimentary rock called quartz sandstone. Wild Sea is so named because of its wavy pattern – it almost looks like a white-capped ocean. As serendipity would have it, that’s not far off from how it actually formed. Wild Sea was most likely formed on a sandy beach. If you close your eyes and reflect on your most recent visit to a beach, you might remember seeing currents of water creating a rippled pattern in the sand. These are called ripple marks and they are common anywhere water flows over loose sand.

So Wild Sea’s cross bedding patterns tell a story of an ancient beach with shallow, flowing water. That sounds like a nice place to be, doesn’t it? Just imagine how much emptier the beaches must have been a few million years ago—no need to fight for a parking spot back in the Cretaceous Period! 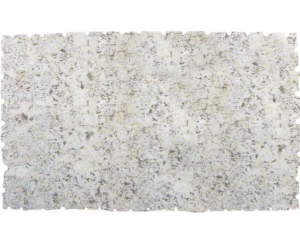 For the next stop in our geologic tour, check out Delicatus White. This granite is remarkable because of its huge mineral crystals, which form a striking, geometric pattern. It looks similar to a regular granite like Barcelona or Bianco Crystal except for the fact that each mineral is extra large. So what does that tell us about how it formed?

Delicatus was borne from liquid magma, which makes it an igneous rock. Magma can erupt out of a volcano, or it can just hang out underground and cool slowly over time. That’s what happened in this case. But there’s one extra twist. This magma had water mixed in it. This can happen along the edges of a big magma chamber, or in isolated pockets where water can circulate. Water in magma has a particular effect. It’s like that well-connected friend at a cocktail party. She knows just who would like to talk to whom, so she moves around the room introducing key people to one another. Those key people may well have met after all, but it would have taken more time for them to come across each other. But thanks to the well-connected friend, networking happens faster. In the case of magma, the water circulates ions through the magma chamber, helping them connect with other ions that they can bond with. The crystals form more easily, and so they form faster and get bigger. Rocks like this are called pegmatites, and geologists love them because they offer unusual examples of huge crystals. The largest known crystal from a pegmatite was 42 feet long! 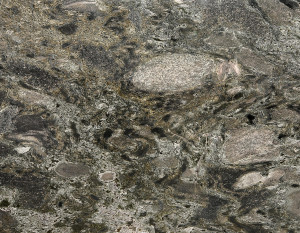 As a geologist, people often ask me what my favorite rock is. Well, that’s an unfair question because it’s like asking a mother which is her favorite child. But I admit that I involuntarily stop and swoon every time I see Tropical Fashion (also sometimes called Verde Fashion or Waterfall Green). This rock is called a stretched pebble conglomerate.

It began life as a pile of pebbles and cobbles, perhaps on a shoreline or in a streambed. The pebbles are made of white quartzite and they are suspended in dark-colored clay that washed in along with the cobbles. All of those events would make the fairly typical sedimentary rock called conglomerate.

But this rock wasn’t quite through yet. It went through one more step in its formation when it was buried deeply, heated, and compressed. The compression squished the formerly-round pebbles into long oval shapes. When you look at the rock, you can clearly see that it’s been stretched and squeezed. The metamorphic action that compressed the rock also turned some of the black clay into a green mineral called chlorite. The result is a fluid-looking mixture of white pebbles in a green and gray background. If I had this rock in my house I’d have to tell every visitor how it came to be. And that, after all, is half the fun of using natural stone. Every piece has a story to share.